As noted in RLPB 403 (19 April), 'North Korea will not willingly disarm, but will retain its weapons program for the purpose of deterrence.' After all, the regime saw what happened in 2003 to Iraq's Saddam Hussein (who did not have a nuclear deterrent), and in 2011 to Libya's Muammar Gaddafi (who had relinquished all his nuclear weapons). In both cases, the West facilitated regime change, ensuring these former allies fell into the hands of their enemies: Saddam was executed by Shi'ite forces, whilst Gaddafi was brutalised to death by al-Qaeda-linked jihadists. Both countries were essentially destroyed. Russian President Vladimir Putin said as much last week. While he condemned North Korea's nuclear provocations, President Putin rejected the idea that UN sanctions were a solution. 'Sanctions of any kind,' he said, 'are useless and ineffective in this case ... [The North Koreans] will eat grass, but they will not abandon this [nuclear] program unless they feel safe.'

Sanctions will not work, but neither can there be a military solution for as the US Defense Department and everyone in the region knows, the cost to South Korea -- in lives and infrastructure -- would be absolutely catastrophic. Though war is not an option, on Sunday 10 September US Senator John McCain called for Washington to ratchet up the pressure by stepping up its presence in the region to 'make sure that Kim Jong-un knows that if he acts in an aggressive fashion, the price will be extinction.' Such language would surely cause considerable distress to millions of Christians around the world who don't want to see North Korea's long-suffering remnant Church obliterated in US 'fire and fury'.

If sanctions are not the solution and war is out of the question, what are we left with? It leaves us with the possibility of returning to six-party talks (North Korea, South Korea, Japan, China, Russia and the USA). Ultimately, what the Kim regime wants is a bi-lateral treaty with the USA: one that recognises North Korea as a nuclear power, taking regime change off the table. North Korea also wants to be recognised as a sovereign independent state, taking reunification off the table (at least for the foreseeable future). Some analysts insist the crisis (most of which is theatre and posturing) is approaching its 'end game' and that resolution and dialogue, not war, will be the outcome. That said, the situation remains incredibly volatile -- an angry or accidental slip could jeopardise everything.

Should a resolution be reached, South Korea, China and Russia (i.e. North Korea's neighbours) are ready to invest in such a way as to facilitate North Korea's economic development. This is critical, for North Korea cannot truly open up to the world until it has radically improved the living standards of its people. Hence the endless balancing act: when risk is perceived to be high, repression and belligerence are extreme; however, when risk is perceived to be low, engagement and reform inch tentatively forward. There really is no alternative to returning to the days of inching forward. South Korea's new President Moon Jae-in, whose parents fled the north during the Korean War, is eager to re-establish dialogue and co-operation, as are Russia and China. However, the Kim regime will not negotiate until the US concedes that North Korea is indeed a nuclear power (hence the endless missile tests). Even if talks resume, treaties are signed and normalisation occurs, it will be many years before North Korea can truly open up to the outside world without risking collapse. What is more important though is that conditions inside North Korea improve, including the issue of religious freedom for the long-suffering North Korean Church.

* preserve, protect, bless and strengthen the long-suffering North Korean Church – both the Church in the labour camps and the Church deep 'underground'.

* intervene in the Korean crisis creatively, according to his wisdom, to fulfil his good purposes, that ultimately North Korea's faithful remnant Church might be liberated to worship freely, to be salt and light and yeast in society, and to bring healing to the North.

'Lift up your heads, O gates! And lift them up, O ancient doors, that the King of glory may come in.' From Psalm 24

CHINA UPDATE: It has been confirmed that Christian human rights lawyer Gao Zhisheng, who had been reported 'missing' [RLPB 421 (30 Aug)], is in police custody in Beijing. Analysts expect he will remain in custody until after the week-long Chinese Communist Party's 19th Congress, which commences on 18 October.

YEMEN UPDATE: Father Tom Uzhunnalil, kidnapped by jihadists in Yemen in March 2016 [see RLPB 386 (27 July 2016)], was released from captivity on 12 September, after the Indian and Omani governments secured his release. He is currently in Rome, where he will spend a few days before returning to his home in Kerala, India. Praise God for this mercy.

North Korea will not abandon its nuclear weapons program. Sanctions will not work and a military solution is untenable as the impact on South Korea would be catastrophic. The only option is dialogue. However, the Kim regime will not negotiate until the US concedes that North Korea is a nuclear power. The regime maintains that nuclear deterrence is essential if North Korea is to be spared US-backed regime change. Many analysts believe the crisis is approaching its 'end game' and that dialogue, not war, will be the outcome. Whilst it would be many years before North Korea could open up to the outside world without risking collapse, the situation inside North Korea could improve considerably over time. Please pray for North Korea and its long-suffering Church in the labour camps and 'underground'. 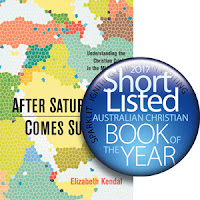