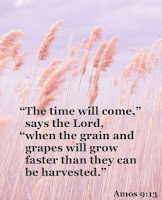 “Behold, the days are coming,” declares the Lord, “when the plowman shall overtake the reaper and the treader of grapes him who sows the seed; the mountains shall drip sweet wine, and all the hills shall flow with it. (Amos 9:13 ESV)

* ETHIOPIA-ERITREA (RLPB 462), where the 'door of peace' has been opened. It is widely anticipated that peace could transform not just the economies of Ethiopia and Eritrea, but the human rights situation as well.

UPDATE: RAPID RAPPROCHEMENT
The Ethiopia-Eritrea peace initiative is advancing apace. On Sunday 8 July Ethiopian Prime Minister Dr Abiy Amhed visited Eritrea. He was met at the airport by Eritrean President Isaias Afwerki. It was the first time the leaders of Ethiopia and Eritrea had met in 20 years. At an historic summit on Monday 9 July the two leaders signed a 'declaration of peace and friendship' and declared the 'state of war' over. On 10 July telecommunication systems were restored and the lines lit up. On Saturday 14 July President Isaias Afwerki visited Ethiopia. He was met at the airport by PM Abiy. On 16 July the two leaders raised the Eritrean flag at the re-opened Eritrean Embassy in Addis Ababa. On Wednesday 18 July Ethiopian Airlines resumed flights to Eritrea. After 20 years of painful separation, families torn apart by war were finally able to embrace one another. Whilst all this is wonderful, the most difficult task still lies ahead: convincing the Ethiopian military -- which is dominated by the oppositional Tigrayan People's Liberation Front (TPLF) -- to withdraw from Eritrean territory. The human rights situation inside Eritrea is unlikely to change while Ethiopian troops remain on Eritrean soil. Please pray.

* INDIA (RLPB 463), where the Hindu concepts of caste and karma ensure India remains one of the world's most cruel and inequitable societies; while the rise of Hindu nationalism -- which exploits religion for political gain and establishes religious apartheid -- ensures India is rapidly becoming one of the most dangerous places in the world for Christians.

UPDATE:  CHURCH ATTACKED; VICTIMS CHARGED
On Sunday morning 8 July Christians were worshipping at the Jesus Power Ministries house church in Sathyamangalam, Erode District, Tamil Nadu State when a Hindu extremist, identified as Ajith Kumar, stormed in and started abusing and assaulting the believers. After beating Mrs Pratibha Stephen, the wife of Pastor Paul Stephen (who was preaching elsewhere that morning), Kumar stripped her of her sari and attempted to rape her. Fortunately others managed to drag him away.   When Pastor Paul returned home in the afternoon he insisted on going to the police. Outside his house he was attacked by a mob of Hindus. Pratibha's brother, Gyana Prashant, threw himself over Pastor Paul to protect him. Eventually an ambulance took them all to the hospital, although it was days before the family received medical care. Police questioned a church member and made a report. Then Ajith Kumar responded with counter complaint. Instead of charging Kumar, the police charged Pastor Paul and Pratibha Stephen with the non-bailable offence of 'voluntarily causing hurt by dangerous weapons'. Pray for justice, and for the Church in India.

For more on this story, along with others, see Morning Star News: South Asia/India

* PAKISTAN (RLPB 464), where terrorism has been escalating ahead of the 25 July General Elections which threaten to usher in a parliament controlled by hardline Islamists. Pray for the Church in Pakistan.


On 3 June Pastor Pierre Boéna  was kidnapped, along with his younger son, daughter-in-law, two grandsons, a member of his church and her twin daughters, from the village of Bilhore, in northern Soum Province, near Burkina Faso's border with Mali. The reason RLPB did not request prayer for this was because, just a few days later, credible local sources reported that the family had been released. However, World Watch Monitor (WWM) has now confirmed that this was incorrect, and that the family remains in captivity. Sources suspect the kidnappers are members of a Fulani militia active along the Mali and Burkina Faso border. Pastor Pierre's son, Baowend-Som Boéna  told WWM that the kidnappers are demanding ransom from the Assemblies of God Church. Pray for the Lord to protect, sustain and deliver the captives -- along with all other captives in the Malian desert.

* CHINA: THE CCP versus THE CROSS IN JIANGXI

In November 2017 South China Morning Post reported that thousands of poor Christians in Yugan County, Jiangxi Province, were being told that they could not receive government support unless they removed their crosses and religious artefacts and replaced them with images of President Xi.
[See Religious Liberty Monitoring, The Return of 'Mao-style Terror and Control',  By Elizabeth Kendal, 25 Jan 2018.] According to China Aid Association, this struggle -- the Chinese Communist Party (CCP) versus the Cross in Jiangxi -- continues and moreover, is intensifying. In early July churches across Jiangxi were told to dismantle their crosses, replace them with either an image of Chinese President Xi Jinping or the national flag, and keep their children away from church. While some churches have complied (primarily out of fear), others are resisting. Whilst one church's cross has been forcibly demolished [a process known as 'rectification'], other churches have convinced officials to back off (at least temporarily). Pray for the Church in China.


Ramiel Bet Tamraz: On 11 July Ramiel Bet Tamraz (an ethnic Assyrian) and a friend (unnamed) were sentenced to four months jail.  Middle East Concern explains that Ramiel had been charged with 'propaganda against the state by attending house churches' which carries a sentence of between three and twelve months, rather than 'acting against national security', which brings with it longer sentences. Ramiel's mother, Shamiram Isavi Khabizeh, and father, Pastor Victor Bet Tamraz, are currently appealing their five- and ten-year prison terms on charges of 'acting against national security'. In Iran ethnic Assyrians are normally allowed to practise their Christianity quietly without reference to the Persian majority. The 'crime' of this Assyrian family is that they witness to and worship with ethnic Persians, who, despite being born Muslim, are freely turning to Christ in unprecedented numbers. Originally arrested on 26 Aug 2016, Ramiel was in Evin Prison for six weeks before being bailed. Ramiel's lawyer will appeal for the sentence to be reduced or cancelled. Pray for this intensively persecuted family: Pastor Victor, Shamiram and Ramiel Bet Tamraz.

Pastor Yousef Nadarkhani: On 22 July Yousef Nadarkhani, a pastor in the non-Trinitarian 'Church of Iran', was home on bail awaiting a summons to prison following the failure in May of an appeal against his conviction and ten-year prison sentence on charges of 'acting against national security'. Instead of summonsing Nadarkhani, the authorities sent some ten police officers to his home in Rasht. In an act designed to intimidate the entire Christian community, the police burst through the front door and violently assaulted both Pastor Yousef and his teenage son Danial with fists and electric batons, even though they were offering no resistance. The pastor's wife and other children were in the house at the time. Pastor Nadarkhani was then reportedly taken away to Evin Prison. Pray that Nadarkhani will experience a creative intervention from the Almighty Father, comfort from the empathetic Son, and the powerful and personal presence of the Holy Spirit.


Nineveh Plains: As noted in 'Iraq: Assyrians at risk as Kurds "play with fire" ' [Religious Liberty Monitoring, 19 Sep 2017], the Kurds of northern Iraq are working to expand their control over 'disputed territories', including Sinjar, oil-rich Kirkuk and the Assyrian homeland of the Nineveh Plains. Their primary means is through political pressure: they usurp the will of the people by supplanting elected Assyrian representatives and replacing them with members of the Kurdish Democratic Party (KDP) who will implement the KDP agenda. Alqosh is an Assyrian town in the Nineveh Plains. More than 80 percent of the population are Assyrian, mostly Chaldean Catholic. Fayez Abed Jawahreh is the democratically elected mayor of Alqosh. In July 2017 the majority-Kurdish Nineveh Provincial Council ousted Jawahreh and replaced him with a member of the KDP. However, Nineveh is under the authority of Baghdad, not the Kurdish Regional Government, so ultimately the Federal Court ordered Jawahreh be reinstated. On 15 July 2018, his first day back at work, Jahwareh was arrested without warrant and taken away by Kurdish political police known as 'Asayish'. He was released some four hours later, severely beaten. The KDP have warned the Assyrians of Alqosh that the KDP will decide what happens in Alqosh.

Erbil, capital of Iraqi Kurdistan: On 27 June Assyrians in Ankawa -- Erbil's majority Assyrian district -- discovered that the Kurdish Regional Government (KRG) had imposed a new discriminatory business tax exclusively to Assyrian districts.  Furthermore, residents in mostly-Assyrian and Christian Ankawa pay the highest capital gains tax in the Kurdistan Region -- ten percent, compared with six percent elsewhere. A Kurdish official allegedly told an Assyrian politician that the tax was a form of jizya, justified because Ankawa is a Christian town.

Please pray for Iraq's indigenous Assyrians; the Christian Crisis in the Middle East is anything but over.

On 16 July the North Korean regime announced it would grant a large-scale amnesty to people sentenced for crimes against 'the state and the people'. This is the third amnesty since Kim Jong-un came to power in December 2011. The first was in 2012, to commemorate the 100-year anniversary of the birth of Kim's grandfather, North Korea's founder and the 'Eternal President' Kim Il-sung. The second was in 2015, to honour of the 70-year anniversary of the liberation of Korea from Japanese colonial rule and the foundation of the Korean Worker's Party. This latest amnesty will go into effect on 1 August commemorating the republic's 70-year anniversary on 9 September. As yet there is no indication of how many prisoners will be released. Analysts suspect the latest amnesty is aimed at 'consolidating social unity ... and boosting the people's loyalty for Kim amid a changing environment after the North-US summit talks in June'.  Duyeon Kim, a visiting senior fellow at the Korean Peninsula Future Forum in Seoul agrees, adding that the North might even want to 'show [the] world it's improving human rights', although 'it remains to be seen if those included will be political prisoners'. Please pray for this process, that it will be generous and will include many Christians.