RLPB 265. Upper Mesopotamia: Christians at the mercy of ISIS

UPPER MESOPOTAMIA: CHRISTIANS AT THE MERCY OF ISIS
By Elizabeth Kendal -- plus breaking news.

The Islamic State of Iraq and al-Sham/Syria (ISIS) formally split from Al-Qaeda earlier this year over long-disputed matters of principle and strategy. (1) Regarding principle: Al-Qaeda's more seasoned leaders -- the 'old guard' -- are prepared to co-operate with Iran / Shi'ites in pursuit of higher goals. The 'young-guns' of ISIS are not. Rather, ISIS is sticking uncompromisingly to the Saudi Wahhabi / Salafi creed which is vehemently anti-Shia. (2) Regarding strategy: Al-Qaeda's more seasoned leaders have learned that fighters must treat local Muslims gently and win their hearts and minds if they are to avoid generating local resistance. On the other hand, ISIS regards that as compromising and soft. Rather, ISIS is enforcing strict Sharia codes and enacting cruel Sharia punishments, including public lashings, amputations and executions, even crucifixions. It is not that al-Qaeda is 'more moderate' than ISIS, it is just more rational. Al-Qaeda still wants to annihilate Israel, establish a Caliphate and take jihad to the West. Al-Qaeda is well aware that division and intra-Muslim conflict will weaken the global jihad movement.

ISIS has ruled Syria's Raqqa Province, plus territory along the Euphrates River and Iraq's restive Sunni Anbar Province since February. The border between Syria and Iraq (pencilled in by Sykes and Picot in 1916) now exists only in theory. Last week, Iraqi security services (mostly Shi'ites) melted away as ISIS advanced through Northern Iraq's Nineveh Province. In a blitzkrieg, ISIS captured its capital, Mosul (Iraq's second largest city), along with its airports, banks (holding an estimated $500 million), armouries (stocked with US-made materiel) and more. The immediate goal of ISIS is to restore Sunni power in Baghdad. Shi'ite militias (including Iranians) are defending the Shia heartland and Shia holy places. Kurdish peshmerger forces are defending the Kurdish heartland and oil-rich Kirkuk. While launching terror attacks and incursions, ISIS will consolidate its rule over the Sunni-dominated but ethnically and religious diverse region of Upper Mesopotamia (Arabic: al-Jazira). Spanning north-east Syria and north-west Iraq, Upper Mesopotamia is the ancient Christian heartland. 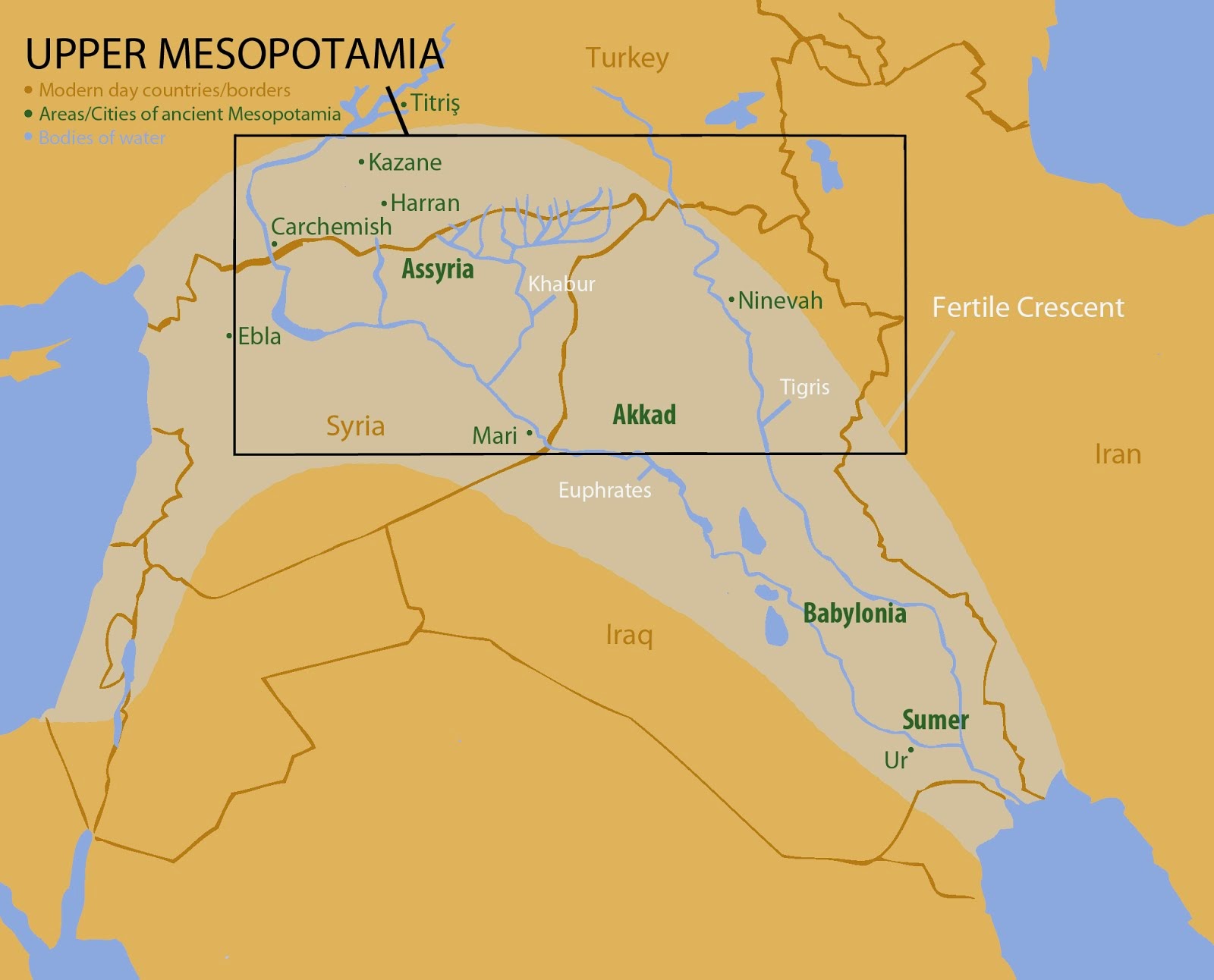 World Watch Monitor (WWM) has confirmed (10 June) that some 1000 Christian families fled Mosul last week as ISIS invaded. Displaced Christians have fled to Christian churches, monasteries and schools. Many thousands of Iraqis from across Nineveh Province have fled into Erbil, the Kurdish capital. One Christian couple from Mosul who  found refuge for themselves and their young children in a church in Erbil told WWM (12 June) that they had been eating dinner, having already made plans to leave, when two homes around them burst into flames after being hit by rocket fire. The family fled carrying nothing but their papers. The Archbishop of Mosul, Amel Nona, told WWM (13 June) that in the 11 years following the 2003 US-led invasion, Christians in Mosul had declined from 35,000 to 3,000. Now 'all the faithful have fled the city'. There are reports that ISIS has taken an unconfirmed number of Christians hostages. With such a vast area to defend, ISIS will doubtless secure its bases with human shields.

In Nineveh, as in Raqqa, Syria [See RLPB 250, 4 March 2014], ISIS is enforcing strict Sharia codes. Christians in Mosul had been paying jizya (protection money) to al-Qaeda for years. In 2008, the then archbishop of Mosul, Paulos Rahho, was killed for refusing to pay jizya. Now ISIS has released a 'Contract of the City' laying down the rules and penalties. Theft will be punished with amputation. Those who are corrupt face the penalties of Sura 5:33 i.e. death, crucifixion, cross amputation or exile. If police, soldiers and other government workers fail to repent they will be killed as apostates. All shrines and graves will be destroyed. Women should not leave their homes unless absolutely necessary, and if they do, must wear the niqab, the full black covering with a slit for the eyes. Such conditions make it unlikely that the displaced Christians will ever return to their homes. Upper Mesopotamia's Christians are caught in 'the eye of the storm'. Though they do not have their own army, they do have Yahweh Sabaoth, the Lord of Heaven's Hosts.

* 'frustrate the way of the wicked' (Psalm 146). May the Lord's enemies continue to divide and weaken. 'Let the wicked fall into their own nets, while [God's people] pass by safely.' (Psalm 141:10 ESV)

* aid, protect and provide for the thousands of displaced Christian families, along with those who give them shelter.

* graciously open the eyes and hearts of all those Muslim families who are sheltering with Christian families in Christian churches, monasteries and schools across Nineveh; may Muslims, who essentially view God as a 'strongman' in the sky too transcendent to love or relate to humanity, be transformed by what they witness and experience of Christians finding and sharing grace through faith, assured of God's ear and his heart. May no Muslim be left unchanged.

Jesus said, 'For judgment I came into this world, that those who do not see may see, and those who see may become blind.' (John 9:39 ESV)

* awaken the suffering-averse Church in the West, to see and respond to the suffering Church, before the Western Church's light is taken away.

Last week, the Islamic State of Iraq and al-Sham/Syria (ISIS), which controls Raqqa (in Syria) and Anbar (in Iraq), advanced through Iraq's northern Nineveh Province, capturing Mosul city in a blitzkrieg. Since the US-led invasion in 2003, the growth of al-Qaeda elements in Mosul has seen the Christian population decline from 35,000 to 3,000. Now, says Archbishop of Mosul, Amel Nona, 'all the faithful have fled the city'. The whole province is affected. Whilst many Christian families have fled to local Christian churches, monasteries and schools, others have fled to the Kurdish capital of Erbil, which is being protected by Kurdish peshmerger forces. In Nineveh, as in Raqqa, ISIS is enforcing strict Sharia codes and enacting cruel Sharia punishments. The security and humanitarian situation is dire. Please pray.

* EGYPT: CHRISTIAN TEACHER FOUND GUILTY OF BLASPHEMY
An Egyptian court has sentenced a Christian woman, school teacher Demyana Abd al-Nour (25) -- to six-months' jail after finding her guilty of blasphemy. When Islamic activist parents who had targeted Demyana falsely accused her of blasphemy in April 2013, Demyana fled the country. The court ruling guarantees she will now spend her life in exile and at risk. The ruling bodes ill for Christians in Egypt
.
* KENYA: AL-SHABAAB MASSACRES SOME 50 CHRISTIAN MEN.
On Sunday evening 15 June, al-Shabaab jihadists flying the black flag and shouting Allahu Akbar (Allah is greater) invaded Kenya's coastal town of Mpeketoni, possibly with the aid of local political figures. They torched cars and properties, and killed some 50 local men who identified themselves as Christian.  'They came to our house at around 8 pm and asked us in Swahili whether we were Muslims,' said resident Anne Gathigi (38). 'My husband told them we were Christians and they shot him in the head and chest.' According to Morning Star News, every church in the mostly Christian town has been affected. Al-Shabaab claimed the massacre was to avenge Kenya's military involvement in Somalia, and declared Kenya a 'war zone'.