Hanoi, the capital city of Vietnam, will host the second North Korea-US Summit on Wednesday 27 and Thursday 28 February. The choice of Hanoi is really significant for, like North Korea, North Vietnam has fought a war against the US. Like Korea, Vietnam suffered immensely and was left ravaged by the Cold War conflict. However, unlike Pyongyang (the capital of North Korea), Hanoi is now an ally of the US, 'a major cog in the global trading network', and one of the fastest growing economies in the world. Millions of Vietnamese have been lifted out of poverty, despite Vietnam remaining a repressive one-party state. North Korean and United States officials landed in Hanoi on Saturday 16 February to prepare for the summit. Kim Jong-un will arrive on Monday 25 February for bilateral discussions with Vietnamese officials. A key focus of the NK-US (Kim-Trump) Summit will doubtless be Washington's fixation on complete, verifiable, irreversible denuclearisation (CVID) -- a deal-breaker, if ever there was one -- as a prerequisite to sanctions relief.  Pyongyang will continue to press for step-by-step, synchronised confidence-building measures -- a plan supported by neighbours South Korea, China and Russia, and possibly by President Trump himself. [See RLPB 471 (5 Sept 2018)]

Journalists, analysts, diplomats and politicians who say 'nothing has changed -- we've seen it all before,' are wrong. Today's situation is entirely different, giving reason for hope [see RLPB 446 (14 Mar 2018)]. Because virtually all reporting on North Korea is negative (much of it out-dated) few people are aware of how much the situation has changed in recent years. They are unaware that while Kim Jong-un has retained the programs and revolutionary language of his ancestors, he has tweaked the details somewhat. It used to be the case that the central government took all (100 percent) of a farming co-operative's produce before distributing a fixed ration. By providing no incentive to work hard or innovate, the system contributed to famine. In 2012, just months after assuming control, Kim tweaked the system. Since then, the government takes a set quota and the farming co-operative (now defined in such a way that it could be a family) is free to keep and trade everything it produces above that fixed quota. [See Religious Liberty Monitoring, 'Belligerence vs Smart Policy', (19 Feb 2014).] It does appear that every effort is being made to pursue economic reform and raise the standard of living as a prerequisite to increased openness.

On 12 February a delegation of some 250 South Koreans travelled to North Korea's Mount Geumgang (Mount Kumgang) tourist precinct for two days of civilian engagement with North Korean counterparts. The total number of delegates was around 400, with representatives from a wide range of fields, including religion, economy, agriculture, the environment, academia, peace, labour rights, women's rights, youth, art and culture. The aim is to establish co-operative projects, joint symposiums and student exchanges.


And that is not the only engagement that is happening. On Tuesday 19 February the Australian Broadcasting Corporation broadcast a short documentary ['Out of Breath' (29 minutes)] on its Foreign Correspondent program, showing how American, South Korean and North Korean doctors are cooperating in a project run by the Eugene Bell Foundation (a Christian charity) to treat multi-drug resistant Tuberculosis (MDRTB) in North Korea. Dr Stephen Linton is convinced that most people have an image of North Korea that is both wrong and unhelpful. 'What you think you know is not what you will find,' he says. It is a very moving program and shows what is already possible.

There can be little doubt that an intensive and furious spiritual battle is underway over North Korea, and over its integration into East Asia (the spiritual powerhouse of the future!).

PLEASE PRAY SPECIFICALLY FOR GOD TO

* interpose himself in the North Korea-United States Summit in Hanoi (27-28 February) and influence proceedings for the benefit of the Church, the nation and the world.

* intervene creatively in the Korean Peninsula, according to his perfect wisdom, in line with his boundless grace, to bring peace, transformation and liberty, to the glory of his name.

May religious freedom be realised. May the Church's days of suffering soon be over. May the Church be free to serve North Korea's 'harassed and helpless' (Matthew 9:35-38) and bring Gospel light to those in darkness. 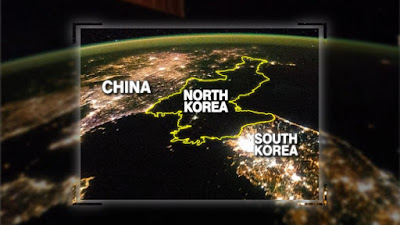 Five hours before the polls were to open on 16 February, Nigeria's Independent National Electoral Commission (INEC) announced that the polls would be postponed by one week. The presidential and national assembly elections will now be held on Saturday 23 February, and the governorship and state assembly elections on 9 March. INEC chairman, Professor Mahmood Yakubu, told a news conference: 'Following a careful review of the implementation of its logistics and operational plan, and the determination to conduct free, fair, and credible elections, the commission came to the conclusion that proceeding with the elections as scheduled is no longer feasible.'

While the presidential candidates are blaming each other for the delay and crying 'conspiracy', the INEC chairman's claim seems reasonable considering that in the past week two electoral offices (complete with many thousands of Permanent Voter Cards (PVCs) were burned to the ground and a shipping container load of PVC readers was destroyed just days before those machines were to be distributed to polling booths [see RLPB 489 (13 Feb)]. Some election observers have expressed doubts however, that the INEC will be able to do all that needs to be done before the 23 February polls, including auditing ballot boxes.

With tensions soaring, the postponement could have been enough to trigger communal violence. Nigerians, however, heeded calls to remain calm; surely this is an answer to prayer. It is of great concern that President Buhari has declared that anybody who tries to interfere with the election would do so 'at the expense of his life'. The opposition has objected, slamming Buhari's rhetoric as 'a licence to kill'. It seems highly likely that when the results are announced, the loser will immediately cry foul. If Buhari cries foul, Muslims will surely riot. If Atiku cries foul, that too could trigger Muslim riots! The situation facing vulnerable Christian communities and ethnic Igbo throughout the North and Middle Belt is very serious indeed. In praying for peace we are praying for a miracle. The peace to date is nothing short of miraculous.

* so that Nigeria's Independent National Electoral Commission will be able to do all the work it must for free and fair elections.

* so that peace will hold, no matter the result; may the Lord's hand of protection be over his precious and faithful people.

A second North Korea-US (Kim-Trump) Summit will be held in Vietnam on 27-28 February. Washington continues to insist that complete, verifiable, irreversible denuclearisation be a prerequisite to sanctions relief. Meanwhile, Pyongyang continues to press for step-by-step, synchronised confidence-building measures -- a plan supported by its neighbours South Korea, China and Russia, and possibly by President Trump. The goal must be peace and trust; only then will the situation improve significantly. Economic reform is underway, as is cross-border engagement with South Korea -- including religious engagement -- and co-operation with foreign Christian charities. We must keep praying that our sovereign God will intervene with a miracle: to bring peace, openness and liberty to North Korea and its Christians. Also, may peace, unity and righteousness prevail in Nigeria following the 23 February and 9 March elections.

Posted by Elizabeth Kendal. at 9:29 PM