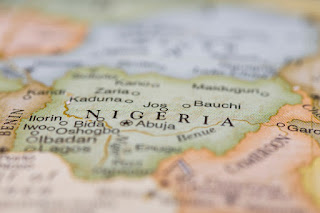 On Saturday 16 February Nigerians will head to the polls to elect a President and National Assembly. They will head to the polls again on 2 March to elect State Governors and State Assemblies. Those in the Federal Capital Territory (FCT) will elect a FCT Council. According to Nigeria's Independent National Electoral Commission (INEC), Nigeria has 84 million registered voters, of whom 42.9 million (51.1 percent) are 'youths' (aged 18-35years). While numerous political groups will seek to challenge the major parties, it will remain essentially a two-horse race. The general election will pit the ruling All Progressives Congress (APC) and its presidential candidate, the incumbent President Muhammadu Buhari (76), against the opposition People's Democratic Party (PDP) and its presidential candidate, former Vice President Atiku Abubakar (72).

Muhammadu Buhari (a retired Major General and former military dictator) and the APC came to power in 2015 promising to tackle corruption, improve security and revive the economy. Instead, corruption has flourished, security has deteriorated to crisis levels and consequently the economy has stagnated. The result is widespread disillusionment, displacement and despair. Despite this record of abject failure, and though during his first term in office Buhari spent a total of 170 days absent on 'medical vacation' in London (including a 104 day stretch in 2017), President Buhari is campaigning for a second four-year term.

Threatening to bring down the Buhari presidency and the APC government, however, is the issue of corruption. In keeping with his election promise of 2015, President Buhari  established an anti-corruption commission. The commission has uncovered massive fraud in military procurement. Essentially, government funds are secured on the basis of fake contracts for provisions and equipment which is never delivered -- everything from food and ammunition to firearms, helicopters and Alpha jets, totalling as much as US$15 billion. This goes some way to explaining why Fulani violence has spiralled out of control, Boko Haram is resurgent [see last week's RLPB 487 (30 Jan)], and army troops -- sick and tired of being thrown to the wolves without adequate rotation, food, ammunition, equipment or intelligence -- are demoralised, traumatised and on the verge of open revolt. Enormous efforts are being undertaken to suppress the commission's findings. As the elections approach, the level of panic among senior government and military officials rises.

On Friday 25 January President Buhari took the unprecedented and unconstitutional step of unilaterally dismissing Nigeria's seasoned Chief Justice, Walter Samuel Nkanu Onnoghen (a southerner), citing corruption allegations. He then swore in, as Acting Chief Justice of Nigeria, Ibrahim Tanko Muhammad who, like Buhari, hails from the north. If the election result is challenged, it will be the job of the Chief Justice of Nigeria to decide the matter. At an emergency meeting in Abuja on Monday 28 January the Nigerian Bar Association agreed to boycott the courts on 29-30 January to protest about what it described as a 'coup against the Nigerian judiciary'.

Both sides are digging in and furiously accusing the other of plotting to rig the elections and orchestrate violence. Both sides appear to be setting the stage so that, should they not be happy with the election result, they can cry 'fraud' and unleash chaos. If violence does erupt it will most certainly run along ethnic-religious lines, especially endangering Christian minorities in the north and Middle Belt. What the military will do remains to be seen.

* intervene in Nigeria to end corruption and forge national unity in the interests of security, justice, peace, liberty and the spread of the Gospel.

* awaken Nigerians to the dangers of hate speech and to the plots of those who would profit from violence without any care for human life; as bloodshed and darkness threaten, may Nigerians choose life and peace.

* raise up Nigerian leaders of integrity -- in government, in the military, in civil society and in the Church -- leaders who will serve the interests of the nation and all its peoples, rather than just themselves. 'Righteousness exalts a nation, but sin is a reproach [disgrace, shame] to any people' (Proverbs 14:34).

On 16 February Nigerians will vote to elect a President and National Assembly. It is essentially a two-horse race, pitting the ruling All Progressives Congress (APC) and its presidential candidate, the incumbent President Muhammadu Buhari (76), against the opposition People's Democratic Party (PDP) and its presidential candidate, former Vice President Atiku Abubakar (72).  Buhari and the APC came to power in 2015 promising to tackle corruption, improve security and revive the economy. Instead, corruption has flourished, security has deteriorated and the economy has stagnated. The result is widespread disillusionment, displacement and despair. Both sides are digging in, accusing the other of plotting to rig the elections and orchestrate violence. If violence does erupt, it will doubtless unfold along ethnic-religious lines, endangering Christian minorities in the north and Middle Belt. Please pray.