A balance of power existed in Mesopotamia (the 'Fertile Crescent' of Iraq-Syria) from 1918 to 2003, when the US-led coalition invaded Iraq and overthrew the minority Sunni-led regime. Since then, Shi'ite majority Iraq has essentially become an Iranian vassal, and Iran has become the ascendant regional hegemonic power. Today, as Islamic State pursues gains in Iraq, the only regional power fighting against IS with 'boots on the ground' is Iran. After the mostly Shi'ite Iraqi army collapse in June 2014, Iraq's Shi'ite political and religious leaders called for Shi'ite volunteers to rise up and defend Baghdad and the Shi'ite holy places. Numerous Shi'ite militias emerged, backed by Iran and controlled by the Quds force of the Iranian Revolutionary Guards Corps. Ultimately these Shi'ite militias will do Iran's bidding in Iraq, just as Hezbollah does in Lebanon. The West will not challenge the Iranian ascent as the West could not cope with Iranian retaliation.

As Iran's power has risen its human rights record has deteriorated -- from horrendous, to worse than horrendous -- primarily due to the impunity it now enjoys. Virtually nobody is talking about human rights now that Iran is fighting IS and enriching uranium. Consequently the threat to political and religious dissidents is greater than ever and increasing all the time. This comes at a time when urban Iranians are rebelling: for example, by posting photos to social media of themselves dancing or without headscarves and so on. Iranians are also rejecting Islam in unprecedented numbers, with many coming to faith in Christ. Today the Iranian Church is one of the fastest growing Churches in the world. The regime's response is to ramp up repression and its power enables it to do so with impunity.

One of Iran's most cruelly-treated Christian prisoners is Pastor Behnam Irani (42). Married with two children, Irani was close to death through 2013 before finally receiving surgery for internal injuries and bleeding intestinal ulcers. He has spent lengthy time in solitary confinement, endured many beatings and recently had his prison term extended yet again. He is not due for release until 2017.

On Christmas Day 2014, the regime arrested nine believers worshipping in a house church in the city of Roudehen in Tehran Province and their whereabouts remains unknown. At dawn that day the regime hanged seven prisoners in Shiraz. By the end of December 2014 an estimated 92 Christians were in jail in Iran, with only 13 serving court-issued sentences. On 16 February Iranian Intelligence agents raided the homes of house-church Christians, Saheb Fadaie, Yasser Mosayebzadeh and Mehdi Reza Omidi. Omidi has been arrested before, spending time in detention in 2012 and receiving 80 lashes in late 2013 for drinking communion wine and owning a satellite dish. After confiscating Bibles, laptops and other materials, the security agents ordered the believers to report for questioning. When they did, officials advised them to leave Iran. 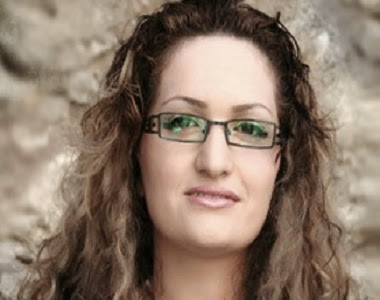 [photo: Arrested in August 2013, Maryam Naghash-Zargaran  (37) is currently serving a four year prison sentence in Evin Prison for 'crimes against national security' (i.e. witnessing to Muslim). In September 2013, Maryam suffered a heart attack in prison. While her heart condition has been treated, she remains exceedingly frail.]

In the early hours of 4 March Iran hanged six Sunni Kurds at Rajai Shahr Prison for the crime of 'enmity of God'. The hangings have shaken those who had come to know the men at Rajai Shahr Prison, including Pastor Saeed Abedini (36, a US citizen). Arrested in July 2012, Abedini has been in Rajai Shahr Prison since November 2013. Abedini's family in Iran visited him in prison on the day of the hangings. His wife Naghmeh (in the US) reports that her husband was deeply shaken, very emotional and missing his children greatly. Doubtless his emotional fragility is also aggravated due to the routine violence in Rajai Shahr (a super-maximum prison housing Iran's most violent criminals) which has left Abedini with internal injuries.

Also imprisoned in Rajai Shahr is Pastor Farshid Fathi (35). Arrested in December 2010, Fathi was transferred to Rajai Shahr in August 2014. Mohabat News reports that on 5 March the imam of the ward in which Fathi is detained ordered his Bible to be confiscated. When Fathi protested the imam filed a complaint, accusing Fathi of insulting him. If Fathi is found guilty of insulting the imam, he could have two years added to his sentence. He has already had one year added to his six-year sentence, a decision he is appealing.  His wife and two children fled to Canada in 2011. During his fourth Christmas in prison (2014) Fathi wrote to his family and supporters: 'Although the beauty of Christmas or the signs of Christmas cannot be found in this prison, with the ears of faith I can hear the everlasting and beautiful truth: "The virgin will conceive and give birth to a son, and they will call him Immanuel".' The letter is signed, 'Your captive brother who is free in Christ.'

NEW REPORT: The Persecution of Christians in Iran
a report by 'Freedom Declared', an All Party Parliamentary Group for International Freedom of Religion or Belief (UK)
March 2015

PLEASE PRAY SPECIFICALLY THAT OUR ALMIGHTY GOD WILL:

* continue building his Church in Iran. As Jesus promised: 'I will build my church, and the gates of  hell shall not prevail against it.' (Matthew 16:18 ESV)

* impart great wisdom and grace to the Iranian Church so that believers will navigate the risks, endure through persecution and continue to 'shine as lights in the world' (Philippians 2:15).

* reveal himself inside Iran's prisons as he surrounds, comforts, strengthens and lifts up -- as if on eagle's wings -- all who put their faith in him; may Iran's Christian prisoners be profoundly aware of God's eternal presence and everlasting love and may they radiate his glory as they prove that nothing 'will be able to separate us from the love of God in Christ Jesus our Lord' (from Romans 8:38-39 ESV).

NIGERIA Update:  In RLPB 298 (24 Feb) we prayed for missionary Rev. Phyllis Sortor (71), who had been abducted by a criminal gang, south of Abuja, Nigeria. The mission reports that Sortor was released back into the care of the church on Friday 6 March. Please thank the Lord and continue in prayer for the hundreds of children taken captive and sold into sex-slavery by Boko Haram.

Virtually nobody mentions Iran's human rights record now that Iran is fighting IS in Iraq and enriching uranium. Meanwhile, Iran's response to political and religious rebellion is to ramp up repression and its power is enabling it to do so with impunity. These are dangerous days for the Church in Iran. Christians (especially converts from Islam) are routinely harassed by Iranian Intelligence agents who confiscate their property and advise them to leave the country. Christian prisoners are being placed in extremely harsh and life-threatening situations. They miss their families, are subjected to violence and their sentences keep being extended. They are deeply shaken hearing about the regime's mass executions. Yet amidst all this God is at work and the Church is growing. Please uphold the severely persecuted Iranian Church.


Elizabeth Kendal is the author of
Turn Back the Battle: Isaiah Speaks to Christians Today
(Deror Books, Dec 2012).
Posted by Elizabeth Kendal. at 10:02 PM